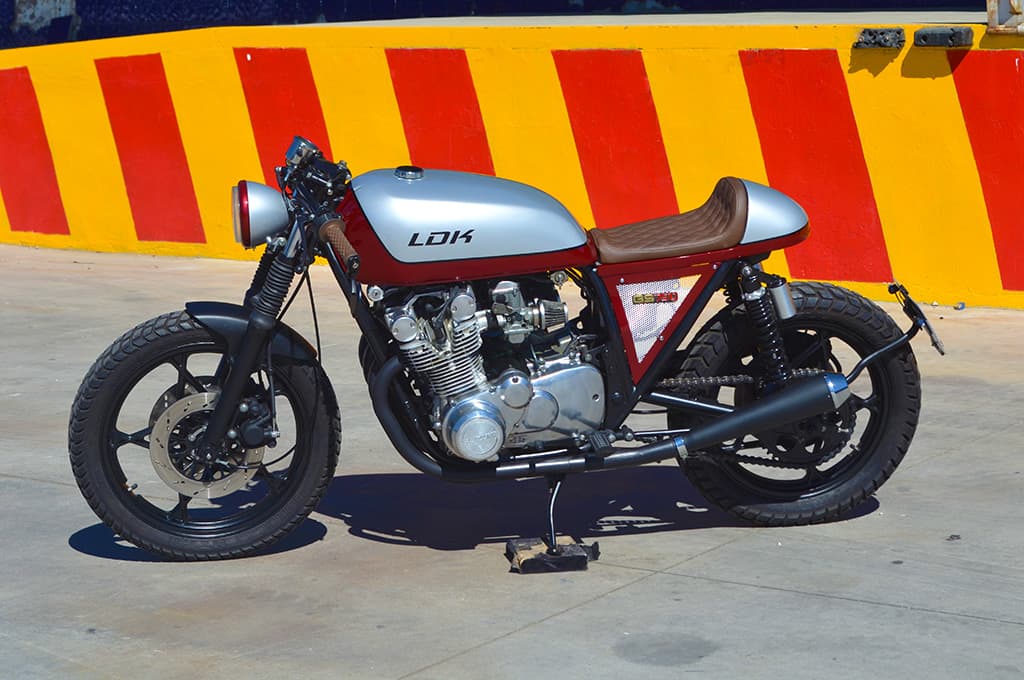 The cafe racer fashion in Spain is something that is on the rise despite the fact that this type of motorcycle transformations have been hitting hard all over the world for several years.

Number of motorcycle customization workshops in Spain have gone from carrying out modification work on custom or Harley Davidson motorcycles to carrying out cafe racer transformations with Triumph or BMW motorcycles, to name a few examples.

At Lord Drake Kustoms we have a cafe racer workshop in Spain (in Malaga and Madrid) and also in Miami (USA).

It was precisely in our custom motorcycle workshop in Miami where we created our first cafe racer motorcycles in 2009 and 2010 with Triumph Bonneville bases and especially Harley Davidson Sportster.

However, in our custom workshop in Spain we have gradually increased the production of BMW and Triumph cafe racer motorcycles over the years; These brands are the most chosen for this style of motorcycles transformed in Spain, especially the BMW R100.

The rise of this style has been such that it has become a culture or a casual fashion that has reached the vast majority of the population.

Since this “cafe racer culture or fashion” has allowed the world of cafe racer or custom motorcycles to be attractive to many people who, before the resurgence of this movement, would never have noticed a motorcycle or even less thought about having one. .

Cafe Racer: not just motorcycles but a way of fashion

In addition, the cafe racer movementhas not only brought us beautiful motorcycles transformed in Spain, but has managed to create something much more affordable and popular for anyone on the street: A way of dressing and a style of clothing.

As happened with the surf brands in the 80s and 90s, now it is very easy to see many , where are only mere decorative items in a showcase or exhibition that really sells are t-shirts jackets, caps or many other accessories from such as or .

In 2014 we opened our first cafe racer store in Spain (Malaga) with our own brand and clothing line, which we expanded in 2019. And we are currently working on the opening of a second cafe racer store in Madrid that will also have a motorcycle customization workshop.