This custom Harley Davidson Dyna Low Rider FXDL converted to Cafe Racer motorcycle by Lord Drake Kustoms in his custom workshop in Miami, is probably one of the first Harley Cafe Racer with Twin Cam engine.

The Red Baron flies again … but this time on two wheels

Since he arrived in the Americas in 2009, the founder and owner of Lord Drake Kustoms, the Malaga-born Fran Manen, was determined to make a transformed motorcycle somewhat different and that’s why he opted for the model Dyna Low Rider by Harley Davidson. 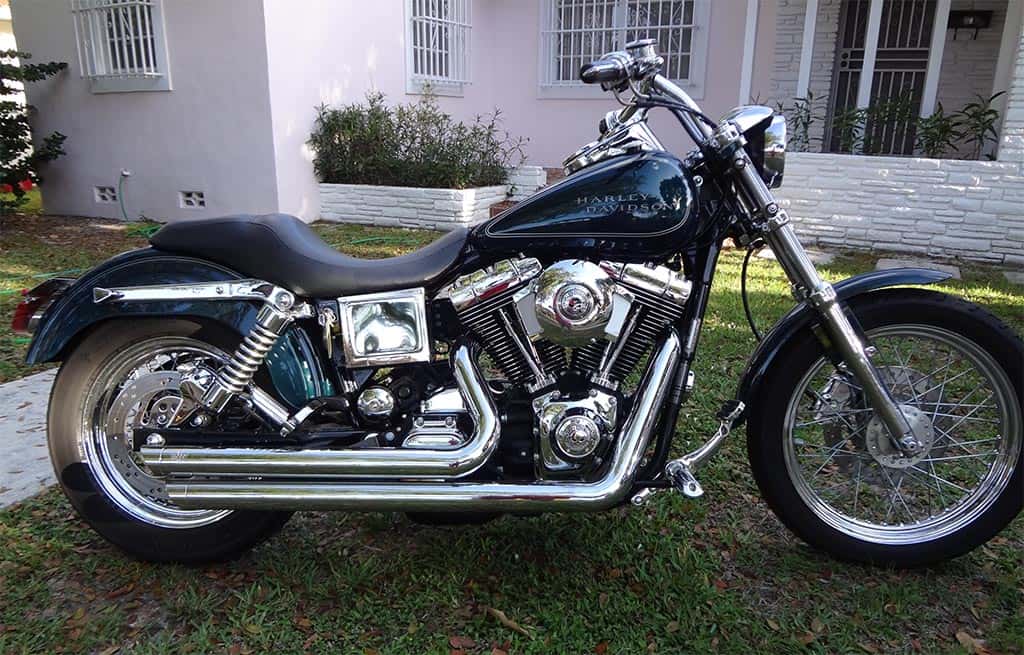 This model is one of the motorcycles of the range Harley less valued in the United States. It was after doing several Cafe Racer motorcycles with Sportster bases when he decided to make one with a Big Twin engine; and what a better base than a Dyna, a Low Rider in this case.

He also took the opportunity to pay tribute to one of his favorite characters from World War I; the German aviator Manfred von Richthofen and of course his favorite Spanish rock band of all time, both known as Red Baron!

People think that he was crazy when he told his clients and friends that he was doing a Cafe Racer motorcycle with a Harley Davidson Big Twin model, but in the end, he succeeded. As a result, the “Red Baron” has a powerful Twin Cam A (1,450cc) engine, which gave it a bit more power with a 58mm S&S carburetor and an S&S air filter.

This Dyna Cafe Racer is possibly one of the first Cafe Racer Big Twin in the United States and perhaps in the world. By the way, the number 80 of the side plates, is the number of planes that the Red Baron shot down in combat.

The entire metal back was manufactured by hand, including the seat. The front suspension bars were modified and longer air cushions were placed. All this seasoned with a series of details, such as the transparent engine covers and many more that gave life to the new machine.

A custom Harley Davidson Dyna full of awards and recognition

The first fight of the Red Baron was just the day after leaving for the first time the Harley Davidson workshop of Lord Drake Kustoms in Miami. In one of the most prestigious Custom Bike Shows in the USA, the Rat’s Hole; in this case in which it is celebrated in Daytona Bike Week.

And the result could not be better. Piloted by its builder, Fran Manen, he won first prize in the Cafe Racer category.

This motorcycle has won the following US BIKE SHOWS:

Style: Cafe Racer
Base: HD Dyna Low Rider (You can use any HD Dyna or Sportster model as a base)

YOU CAN BUY THIS MODEL NOW!

YOU CAN ORDER YOURS: Do you like this bike? We can build one for you!