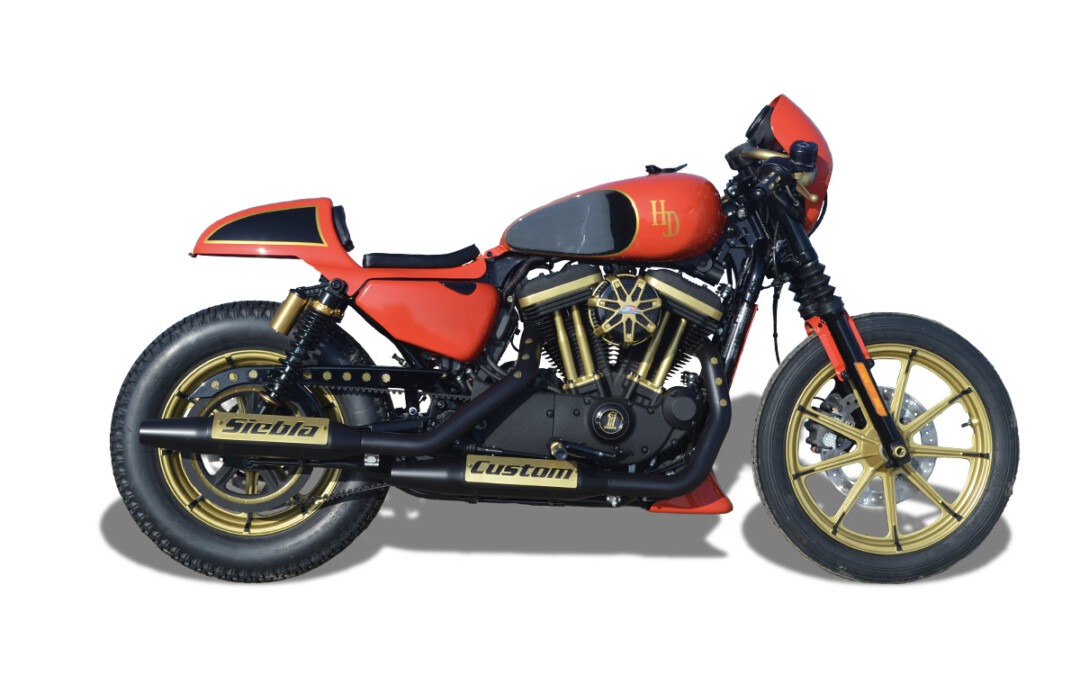 After the first two motorcycles transformed for the Harley Davidson Siebla dealer in Malaga (a Sportster Scrambler and a Sportster Cafe Racer), the official Harley dealer asked Lord Drake Kustoms for a third custom Harley. This time to compete in the “Battle of the Kings Harley Davidson 2015”.

On this occasion, the owner of Siebla Málaga, told Fran Manen, that they wanted to transform a Harley for the “Battle of the Kings” contest and that the base of the bike would be a Harley Davidson Sportster 883 Iron of 2015.

The idea was to customize this motorcycle without hardly using accessories from other brands (the vast majority had to be original Harley Davidson accessories) and the work had to be also within an economic limit; rules that apparently did not respect much of the participants of this contest.

Fran Manen picked up the Sportster Iron at the Harley Davidson dealer from Malaga and transferred it to his motorcycle and transformation workshop. Once there, he decided to take it apart and think about how he would transform that Harley… He finally decided to make a Sportster Cafe Racer.

Modifications for this Sportster Cafe Racer

Clubman handlebar, Cafe Racer type rear seat made of fiber, and above all an elegant and detailed airbrushing and painting job on motorcycles like this one; They made the modification of this Harley Sportster end up resulting in an authentic Sportster Cafe Racer.

It is worth highlighting the work powder paint done by Metal Colors in quantity of black and gold details, in parts such as the rims, Screaming Eagle air filter, Harley Davidson grips, etc.

Once finished, this motorcycle transformed with style Cafe Racer without losing its essence Sportster, was exhibited at the Harley Davidson Siebla store on Avenue Dr. Gálvez Ginachero, 9 in Malaga.

You can order your own Sportster Cafe Racer model now!

LOCATION: This bike is at our Europe location (Málaga, Spain). We can do the same bike at our USA location (Miami, FL) for the American market.